9 Things You May Not Know About Social Security Retirement Benefits

3 Tips for Successfully Navigating Gray Divorce as a Woman 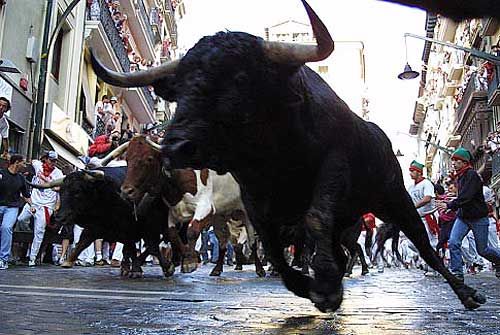 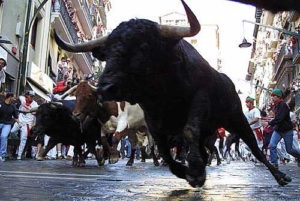 It feels like 2008 all over again as stock markets worldwide gyrate to the whims of panicked investors. Headlines are dominated by market activity and news articles proliferate struggling to explain what the heck is going on! Because not all industry jargon is comprehensible to the average reader, the following list endeavors to explain the more commonly used “Finglish” in current media:

Market correction: refers to a “mini-bear”  market which isn’t expected to turn into a long-term bear market (down market), but it can be a predictor of worse to come. The phrase “it’s just a correction” is commonly heard when markets are dropping (by 10-20%) – but this is the best guess at the time and only future stock market activity can determine the true outcome.

Double-dip: no, it isn’t your stomach doing a flip-flop when the Dow plunges over 500 points in a day. The term refers to a double-dip or W-shaped recession where the economy emerges from a recession, then goes on to a brief spurt of growth but then falls back into a recession.  We don’t know if we have double-dip yet – it’s too soon to tell. The Great Recession which lasted from December 2007 through June 2009 was the worst since WW II. A recession is identified by a long period of falling activity visible in real GDP (Gross Domestic Product) growth, falling employment, income and production.

Bear market: a declining stock market over a period of time and some say defined as a  price decline of 20% or more over at least a two month period.
New to me:  this market trend is also referred to as a “Heifer Market!”  Bear markets usually accompany recessions and periods of high unemployment or inflation. The bear market that coincided with the Great Recession started with the Dow at 14,164.43 on October 9, 2007 and ending on March 5, 2009 at 6,595.44.

Bull run: refers to a  “bull market” which is a rising stock market over a period of time. The last bull run started in March of 2009 when market pessimism reached its lowest point. To be determined is whether the market drop of last week is “just a correction” during a bull run or the start of a new bear market.

Non-farm payroll report: an employment report released by the U.S. Bureau of Labor Statistics on the first Friday of every month. It heavily affects the U.S. dollar and bond and stock markets when it is released. Last Friday’s report was the one bright spot in a bad week when it was announced that the U.S. economy had added 117,000 jobs in July – higher than expected. From 1939 to 2010, non-farm payroll averaged 116,870 jobs reaching a high of 1,114,000 in September of 1983 and a low of -1966 jobs in September of 1945.

S&P’s AAA rating vs. AA+ rating:  Friday, August 5,  Standard & Poor’s took the unprecedented step of lowering the top credit rating for U.S. long-term debt (notes and bonds that come due in more than a year). A downgrade is basically a warning to buyers that there is an increased chance (however slight) that they won’t get their money back and in theory should lead to higher borrowing costs for the government as investors will want to earn a higher interest rate for the increased risk. The 10-year Treasury note is considered the basis for all other interest rates so higher rates on it could mean higher rates on everything from mortgages to car loans, to borrowing costs for state and local governments and companies.

But it’s not clear that S&P’s downgrade will have an effect on rates. Treasury securities are still considered one of the safest investments in the world. As stocks plunged the last two weeks, the price of Treasurys soared because demand was high, even though investors knew there might be a downgrade. Since yields on debt securities fall as prices rise, the yield on the 10-year note dropped from 2.96 on July 22 to 2.39 on Friday.  The reality is that no other market is as large or as liquid as the U.S., even though it has its own set of problems.

The next weeks and months will determine whether the bull or the bear prevails and whether fiscal or monetary policies are instituted that redirect the U.S. economy (and yes, I will explain fiscal and monetary policies in a future Finglish tutorial). Stay tuned for “Finglish” tutorial #3.