According to news reports, when Katie Holmes and Tom Cruise announced their divorce, there wasn’t much of a question of how the couple’s assets would be split. That’s because a detailed prenuptial agreement outlined exactly what would happen, financially speaking, if the couple split. It’s been said that Holmes walked away with only those assets that she brought into the marriage. 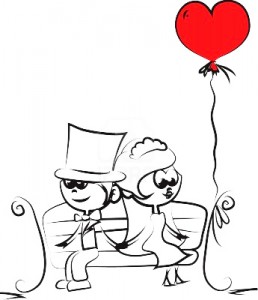 Prenups aren’t unusual for celebrity types or the super wealthy, but they aren’t as common for the simply well-off folks who aren’t in the spotlight. This could be a mistake. There are social trends that make having a prenup a very smart idea. Instead of creating tension for a couple, a prenup can actually create peace of mind that financial matters will be settled fairly and quickly in case a marriage doesn’t work out.

You may see yourself or someone in these circumstances:

* Going into a marriage with significant assets or liabilities: People are getting married later in life (the average age for a first marriage is the highest it’s ever been, at 26.5 years for women and 28.7 for men, according to the Pew Research Center), time enough to accumulate wealth on one’s own.

* Inheriting a large sum of money or other assets: Baby Boomers and Gen Xers are often beneficiaries of their parents’ or grandparents’ estates, creating instant wealth for one or both partners.

* Divorcing after age 50, sometimes referred to as the “gray divorce”: A gray divorce typically involves an empty-nester couple who stayed together for the sake of the children. Or, since we are all living longer, a marriage that would have ended with the death of one spouse now ends in divorce. Whatever the exact cause, statistics show that the divorce rate has more than doubled in the past 10 years. Today, one-quarter of people who get divorced are over age 50, according to the National Center for Family and Marriage Research.

Prenuptial agreements are legal documents that specify how certain financial issues will be handled in the event a marriage ends (either in divorce or death). Prenups are especially popular when one partner has substantially more money than the other going into the marriage.

A prenup might be a good idea even if you don’t have movie star money. You should consider a prenuptial agreement if:

A well-crafted prenuptial agreement will specify how these assets and liabilities will be handled if a marriage ends.

Just having a signed agreement between two parties doesn’t necessarily mean that you have a valid prenup. For your agreement to be enforceable, you need to do certain things:

Think About Finances Before You Say “I Do”

If you’re engaged or thinking about getting married, you should seriously consider sitting down with your partner and have a conversation about a prenup. This can be a sensitive topic, and it’s possible that your partner will react negatively when you raise the issue. If that’s the case, try explaining that a prenup is a way to minimize conflict and ensure that everyone is treated fairly in the unlikely event the marriage doesn’t work out, not a way of saying that a marriage is doomed to failure.

Even if you and your fiancé decide a prenup isn’t for you, having a conversation about it can allow you to talk about financial concerns—something that many couples fail to discuss before marriage. Bringing up issues of debt, assets and future earning potential now allows both of you to go into a marriage with eyes wide open, and can mean a smoother, happier partnership in the future.

If you found this information interesting, please share it with a friend!
Do NOT follow this link or you will be banned from the site!
Menu